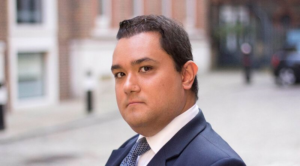 Michael specialises in consumer and regulatory law. He has a broad practice in all areas of commercial regulation, including in particular trading standards, competition, data protection and privacy, and intellectual property.  He acts on behalf of businesses, local authorities, regulators, and consumers in both civil and criminal proceedings.  He is also able to advise and act in judicial review proceedings arising from regulatory decisions.  Michael has particular sector knowledge in aviation, automotive, and IT/tech.

Before starting in private practice, Michael worked at the Court of Appeal, where he served as Judicial Assistant to the then-Lord Chief Justice, Lord Judge. Cases he worked on in that role include Chambers v DPP [2013] 1 WLR 1833, R (Infinis Plc.) v Gas & Electricity Markets Authority [2013] EWCA Civ 70, and Graham v Thomas Cook Group Ltd. [2012] EWCA Civ 1355. During his time at the Court of Appeal, Michael was seconded to the Leveson Inquiry, where his work dealt with competition law and merger control.

Michael’s consumer law practice spans the full range of civil and criminal actions in the area. He has a well-established trading standards practice, and regularly appears on behalf of trading standards authorities in criminal prosecutions and civil actions under Part 8 of the Enterprise Act 2002.  Michael also has a substantial advisory practice in this area, and regularly advises local authorities and businesses on regulation and compliance.

In addition to the regulatory aspects of consumer law, Michael’s practice encompasses contractual issues, issues relating to the sale and supply of goods and services, and competition law. Within his consumer law practice, Michael has developed a particular specialism in the automotive sector, and has acted in cases concerning the supply of vehicles, credit hire, and infringement of IP rights in relation to automotive parts and accessories.

Michael’s competition expertise encompasses the full range of issues arising at both EU and domestic level, including anti-competitive practices, cartel offences, merger control, and state aid. He has acted in complex and substantial cases as both led and sole junior. He has a particular interest in the interaction between competition and intellectual property law, and has written and presented on that topic. In 2012 Michael was seconded to the Leveson Inquiry as judicial assistant to Leveson LJ, where his work dealt with merger control in the media sector.

Michael is able to provide advice on compliance with regulatory provisions in cases where operators are considering implementing changes to their operational or commercial policies. In cases where regulatory breaches are alleged, he is able to advise from the earliest stages of an investigation and can provide representation in civil, regulatory, criminal, and disciplinary proceedings and inquests.

As a consumer law specialist, Michael is well-versed in the consumer protection provisions relevant to air transport, including EU Reg. 261/2004, the Warsaw and Montreal Conventions, and the Operation of Air Services in the Community (Pricing etc.) Regulations 2013. He is also able to act in cases concerning the sale, lease, and registration of aircraft.

Michael’s specialism in information law encompasses privacy, freedom of information, data protection, and direct marketing. He has advised and represented public authorities in relation to investigatory powers, data protection, data-sharing with private sector partners, and cross-disclosure of intelligence between civil and criminal proceedings.   He  also writes and lectures on information law issues and has provided training to a number of organisations on civil and criminal disclosure, online intelligence-gathering, and the General Data Protection Regulation.  Michael is one of the authors of the chapter on information law in Consumer and Trading Standards: Law and Practice, 7th edn.(Lexis Nexis 2019).

Michael is able to advise and act in a broad range of IP matters, including those brought by way of civil claims, enforcement under Part 8 of the Enterprise Act 2002, and criminal prosecutions (both public and private). With a detailed knowledge of procedure in both the civil and criminal courts, Michael is well-placed to advise at an early stage in cases where choice of forum is an issue.

One of the authors of the chapter on Information Law in ‘Consumer and Trading Standards: Law and Practice‘ (‘the Pink Book’), Lexis Nexis (2019)