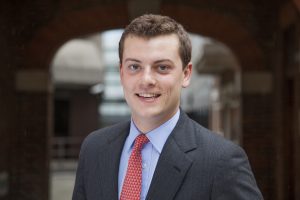 Robin is a specialist regulatory barrister with particular experience of banking and financial services, consumer credit, trading standards, and consumer law. He appears regularly in both the civil and the criminal courts and is well placed to advise on issues where the two jurisdictions meet.

Twice seconded to the Financial Conduct Authority, Robin maintains a practice focussed primarily on financial services regulation. He undertakes the full scope of advisory, drafting, and court work in this area. Robin regularly advises and acts for firms and individuals in their dealings with the Financial Conduct Authority relating to enforcement, supervision, and authorisation issues. In addition, he has expertise in retail lending requirements and compliance with the technical requirements of the Consumer Credit Act 1974, its subordinate regulations, and CONC.

Robin undertakes a range of general commercial work. He has particular experience of civil fraud and high-value property litigation, both led and as sole counsel.

Other commercial cases have included agency disputes, insurance litigation, misrepresentation claims, and allegations of professional negligence. He also represents businesses in proceedings involving contracts for the sale or supply of goods and services.

Robin undertakes both civil and criminal work in this area. He regularly appears in the Crown Court and Magistrates’ Courts in a range of regulatory proceedings and is instructed by both prosecuting authorities and defendants.

Robin is a contributing editor of Consumer and Trading Standards: Law and Practice, 4th – 7th editions (‘the Pink Book’), author of the criminal law chapter in Miller: Product Liability and Safety Encyclopaedia, and former editor of the Consumer and Trading Law Cases law reports (2015 – 2018). He has delivered seminars on related subjects, including to the Chartered Trading Standards Institute, and is a regular contributor to Gough Square Live.

“Default interest rates and the doctrine of penalties“, TS Today, May 2016

“When the clock is ticking – time limits and regulatory offences”, TS Today, March 2016